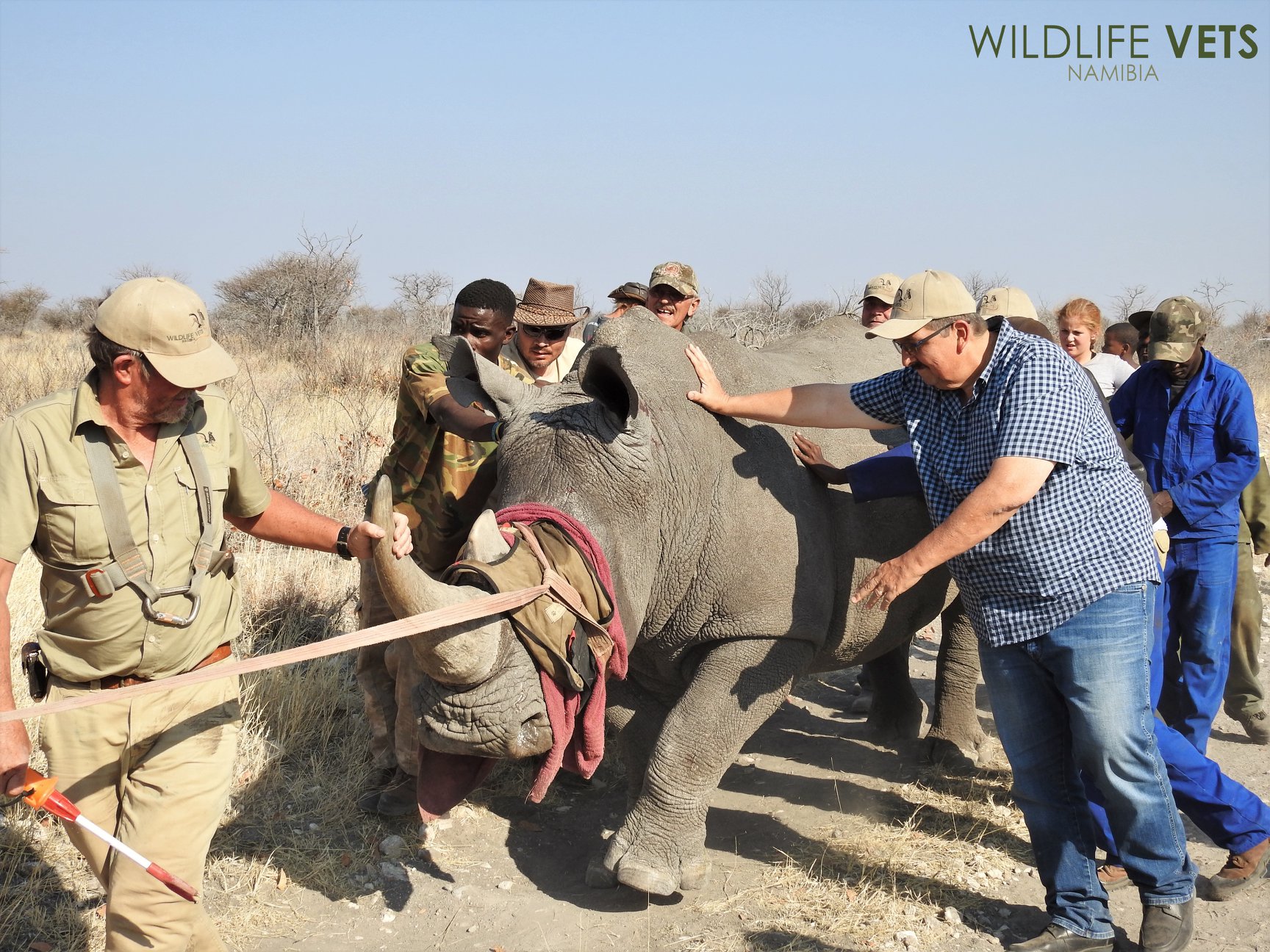 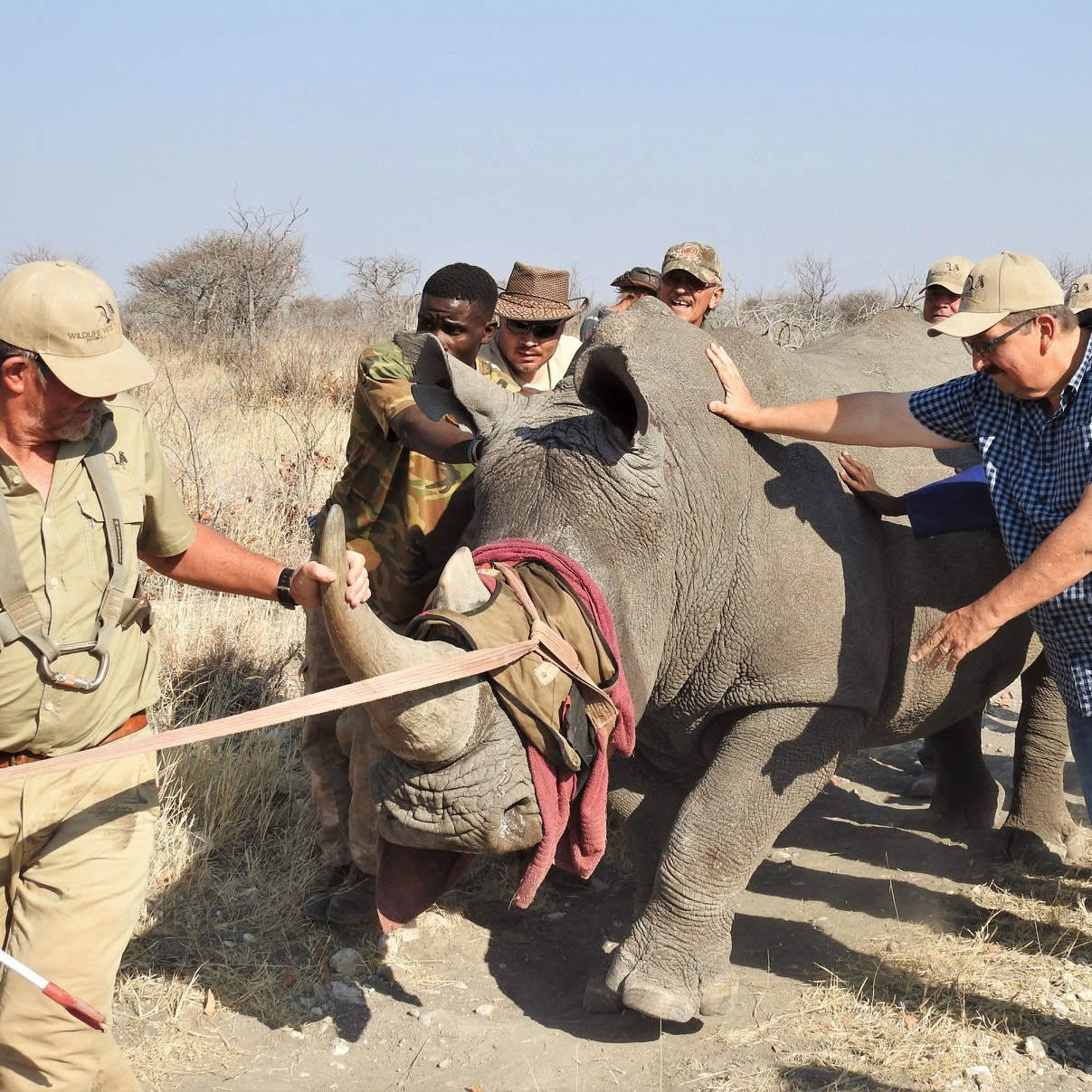 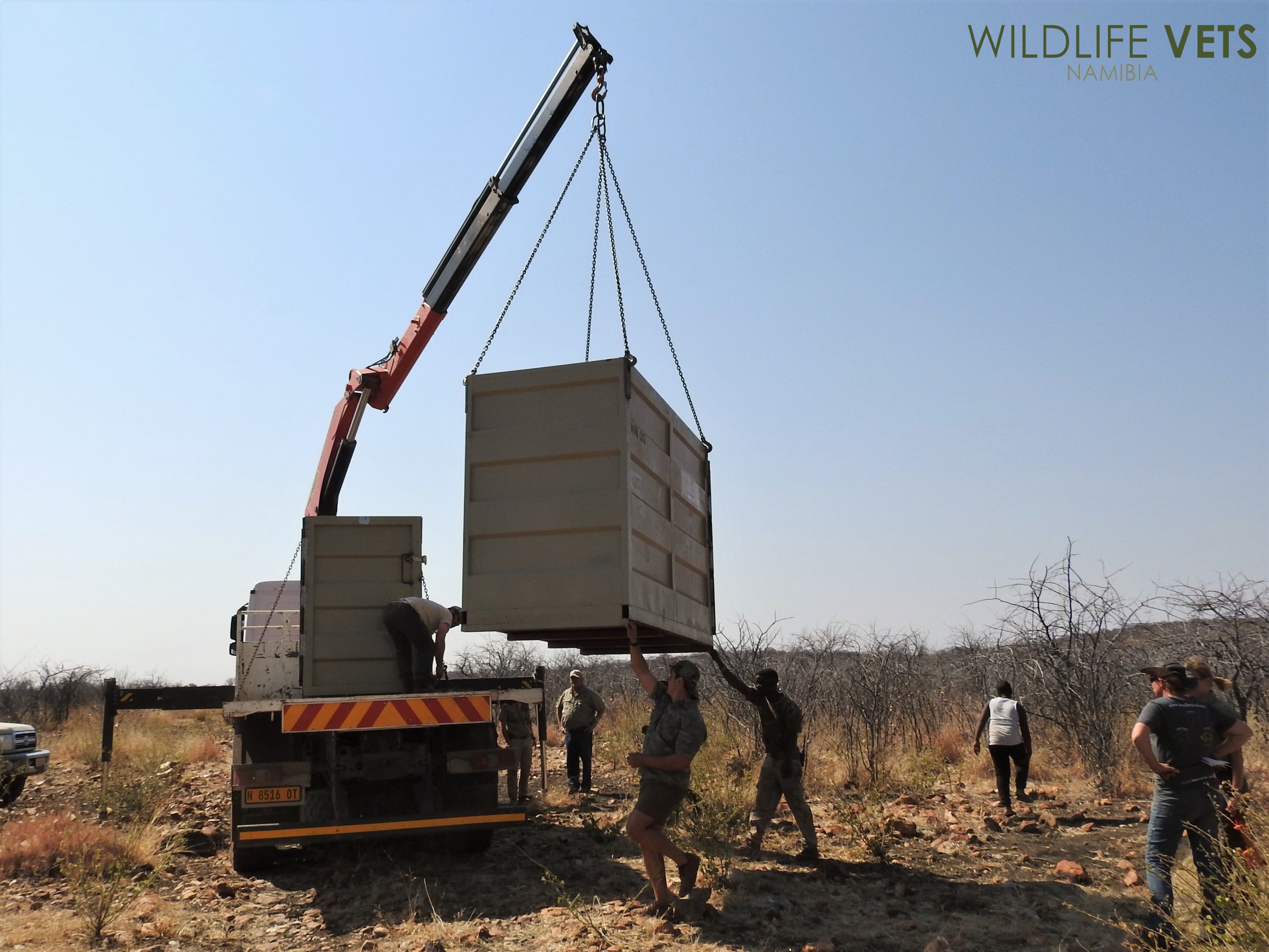 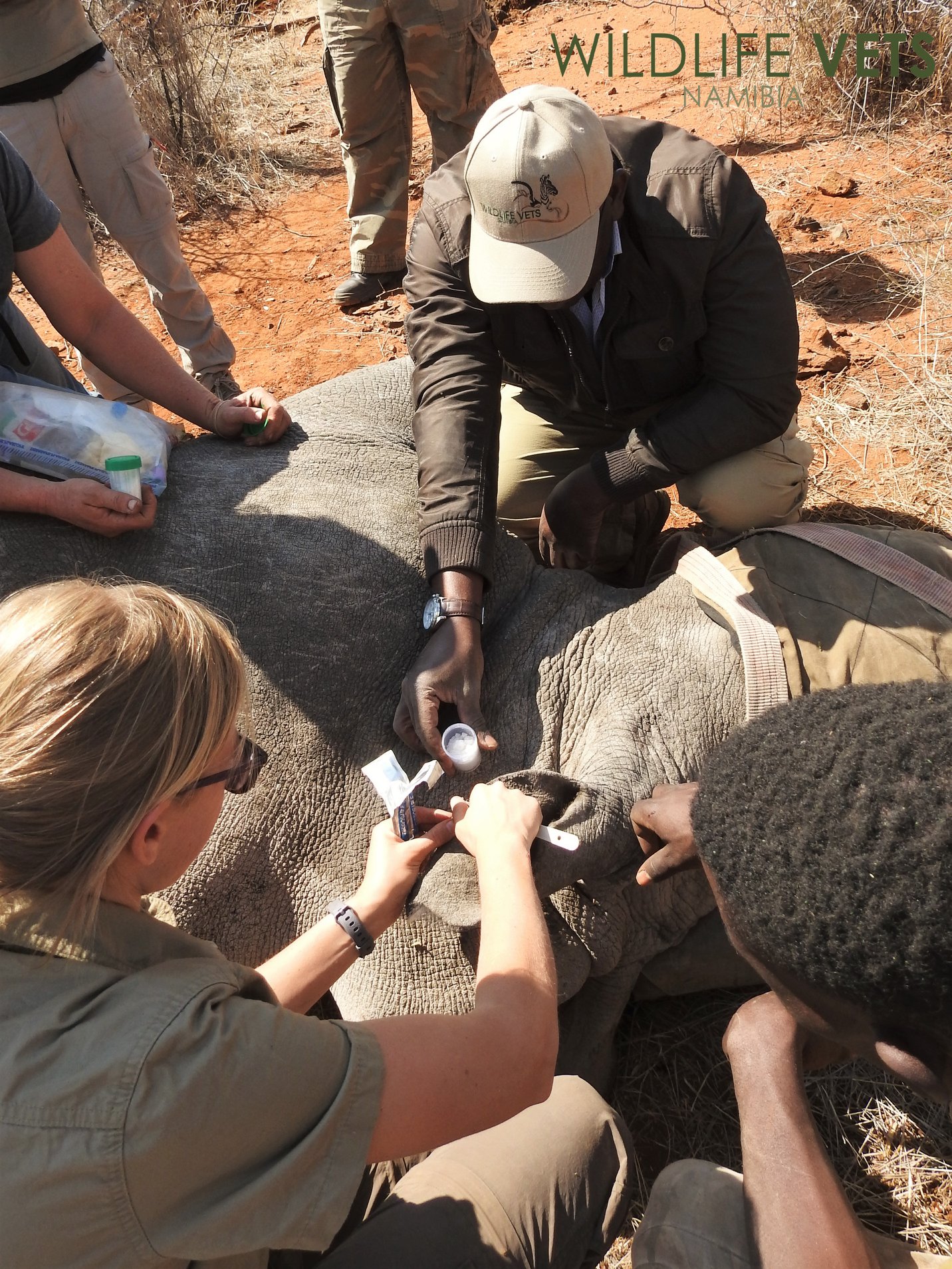 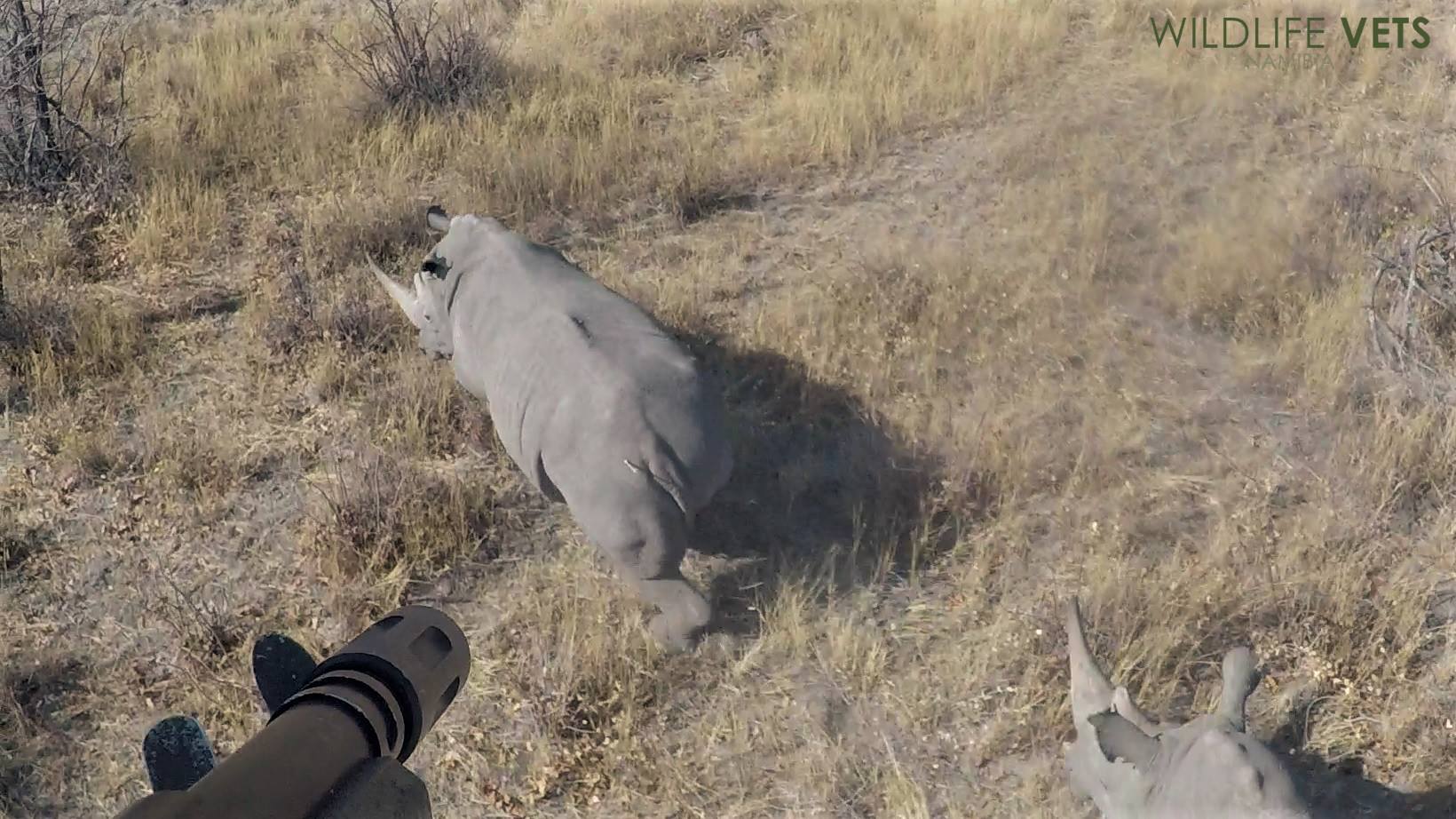 We captured eight rhinos on a Namibian game farm. The procedure went as followed: The rhino was immobilized from a helicopter, before it goes down a face-mask is placed over its eyes to keep it docile and manageable. Once the rhino was down we took various samples and we micro-chipped them (DNA and microchips for trace-ability in case of poaching). All animals were checked for good health. Once we were done with this, the rhino was partially reversed, to enable it to stand and be walked into one of our specialized rhino crates. Once in the crate, the rhino was tranquilized, and fully reversed. The crate was then loaded onto a flatbed truck. The same procedure was repeated for the second rhino, and so they were captured and taken in pairs to the trucks that would eventually transport all eight of them to the Hosea Kutako International Airport.