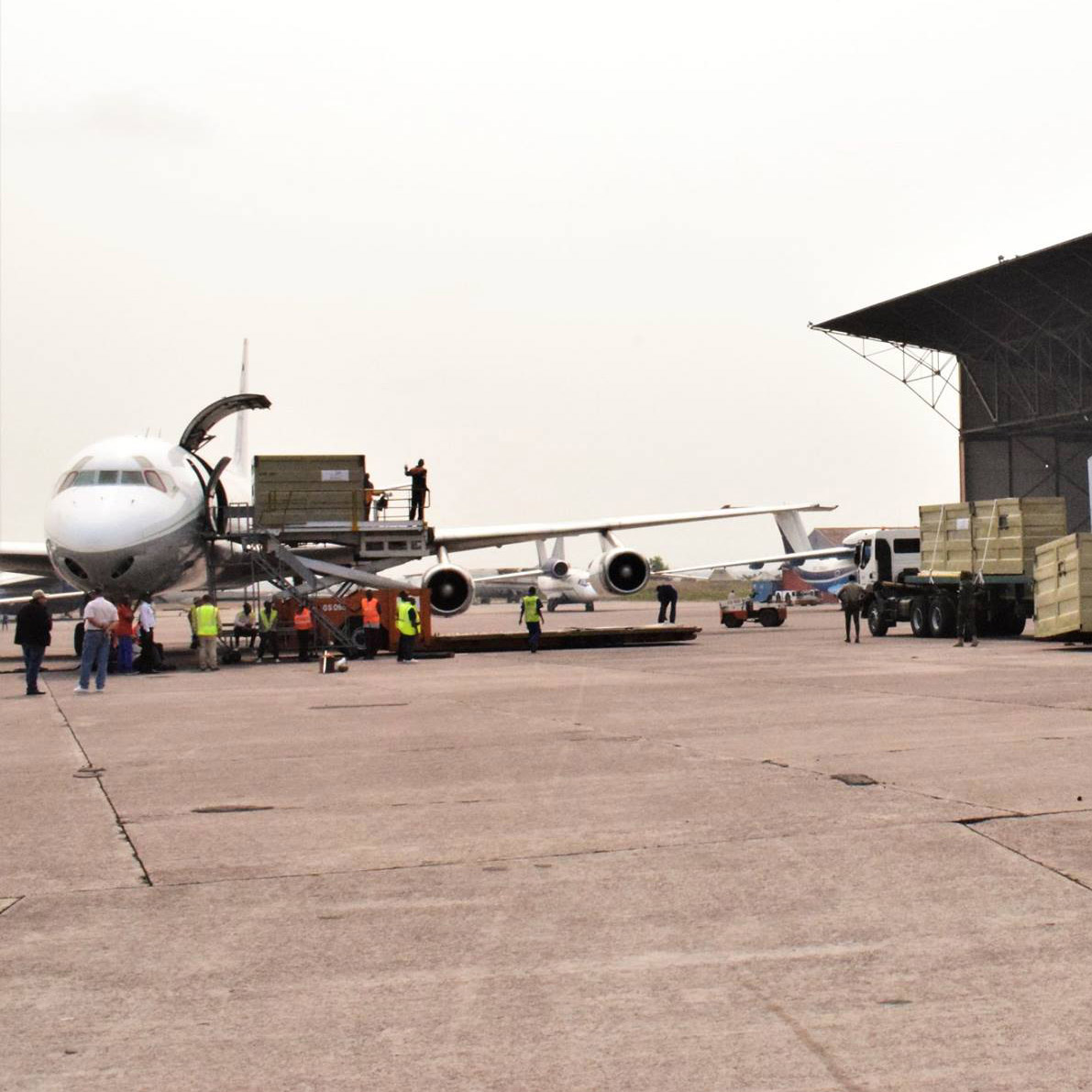 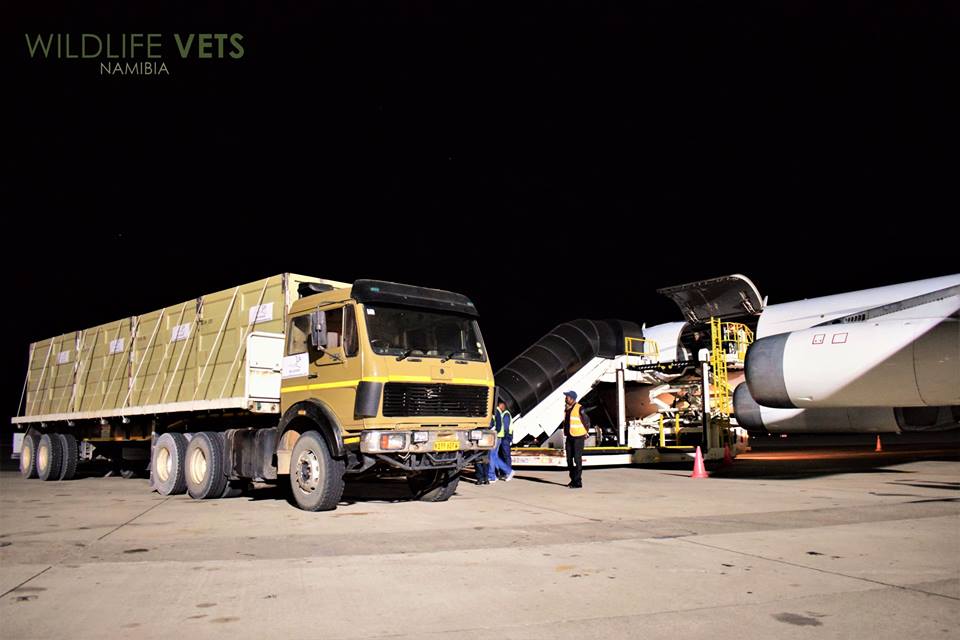 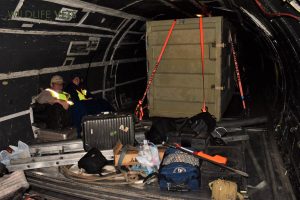 We arrived late at night at Hosea Kutako International Airport with the eight captured rhinos. The rhinos were loaded on a DC8, a big cargo plane. The loading at the airport took a bit more time than we expected, but eventually around 06:00 we were good to go! The flight to N’djili Airport (Kinshasa) was not too long, just 2.45h. Again, the rhinos did very well. The take-off was obviously a bit scary for them, but once we were in the air, most of them were very calm. When a rhino became too restless, we injected it with a tranquilizer to calm it down. The landing at N’djili Airport was very smooth, and the offloading was quick and efficient. Soon we were on our way to the reserve, where the rhinos were to be set free!