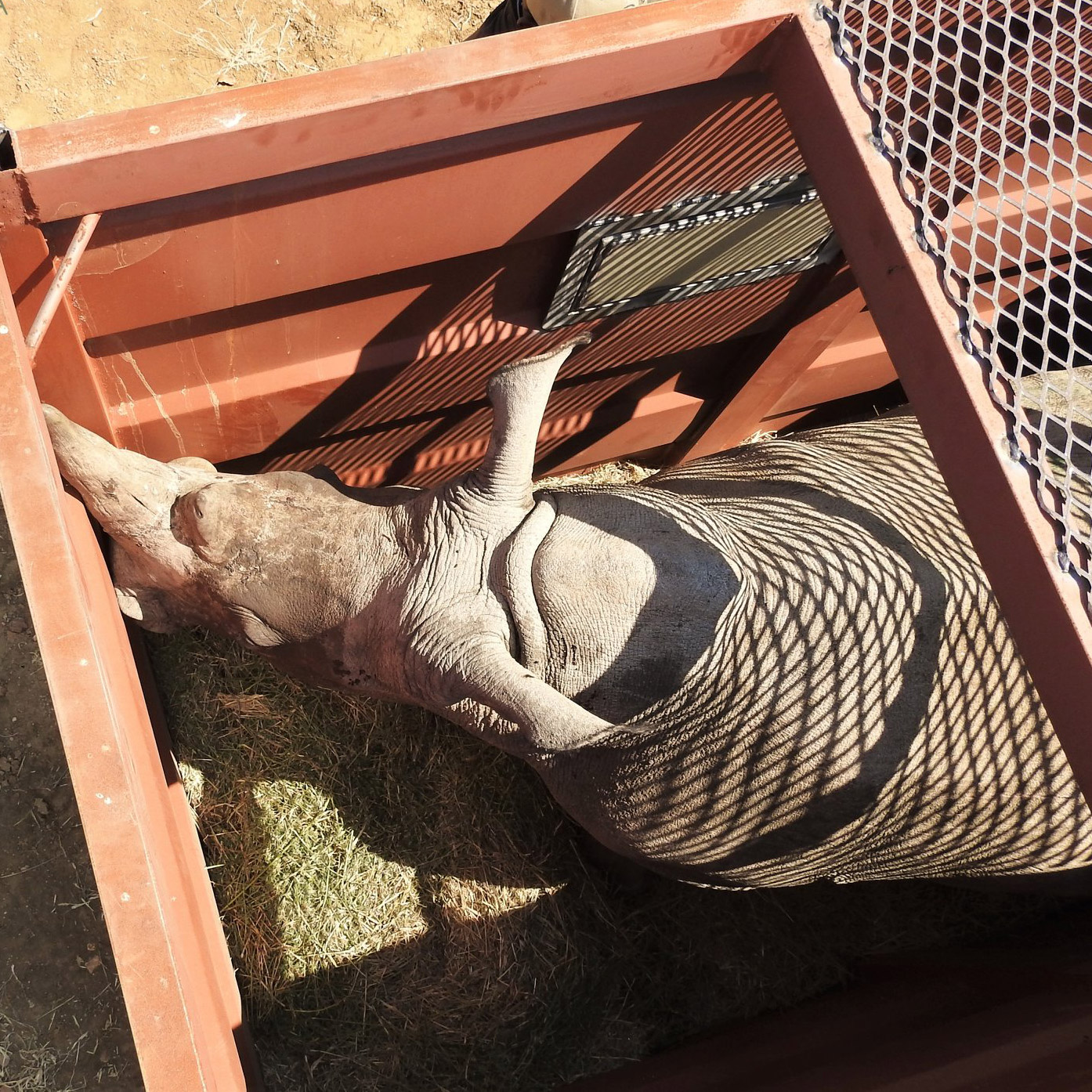 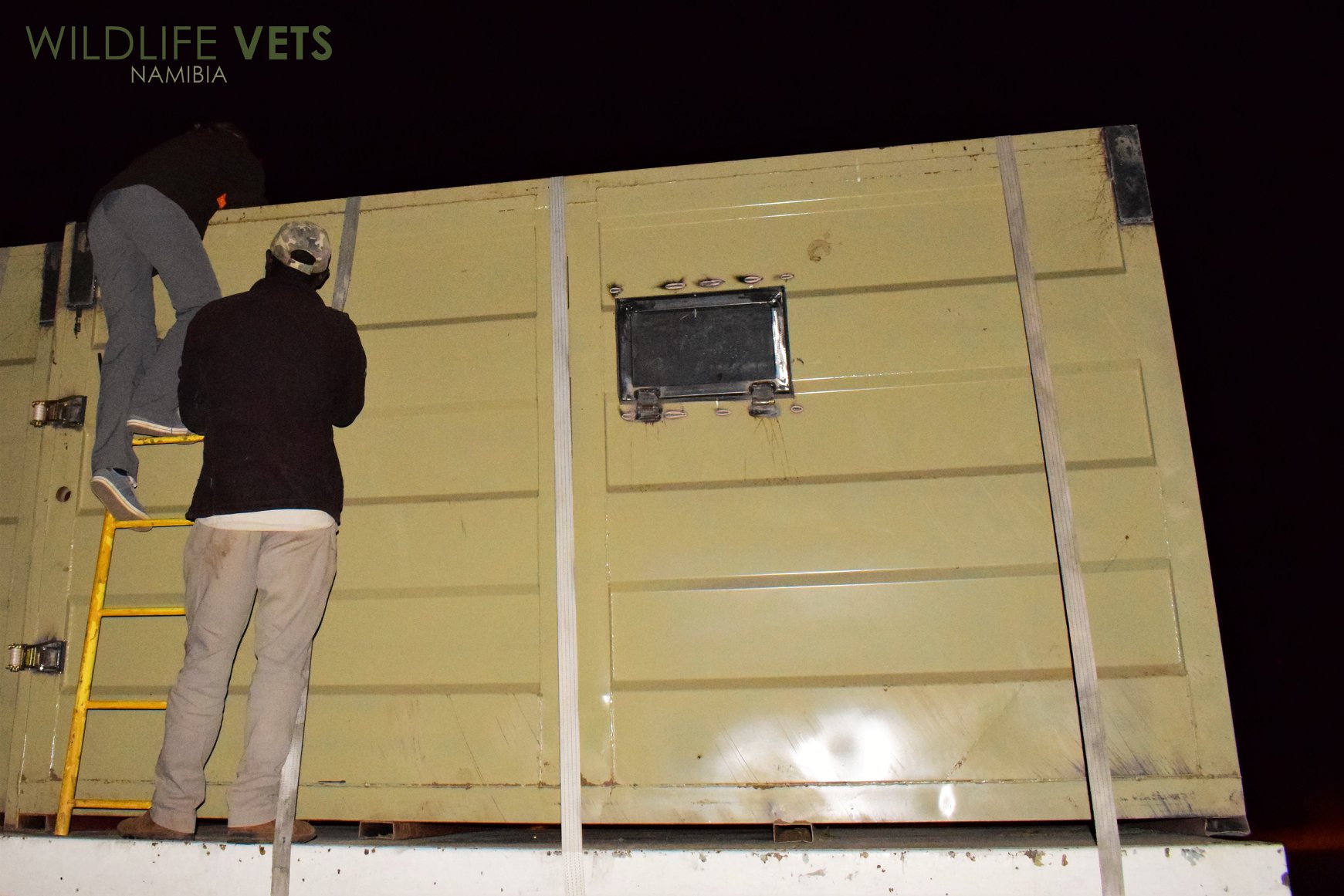 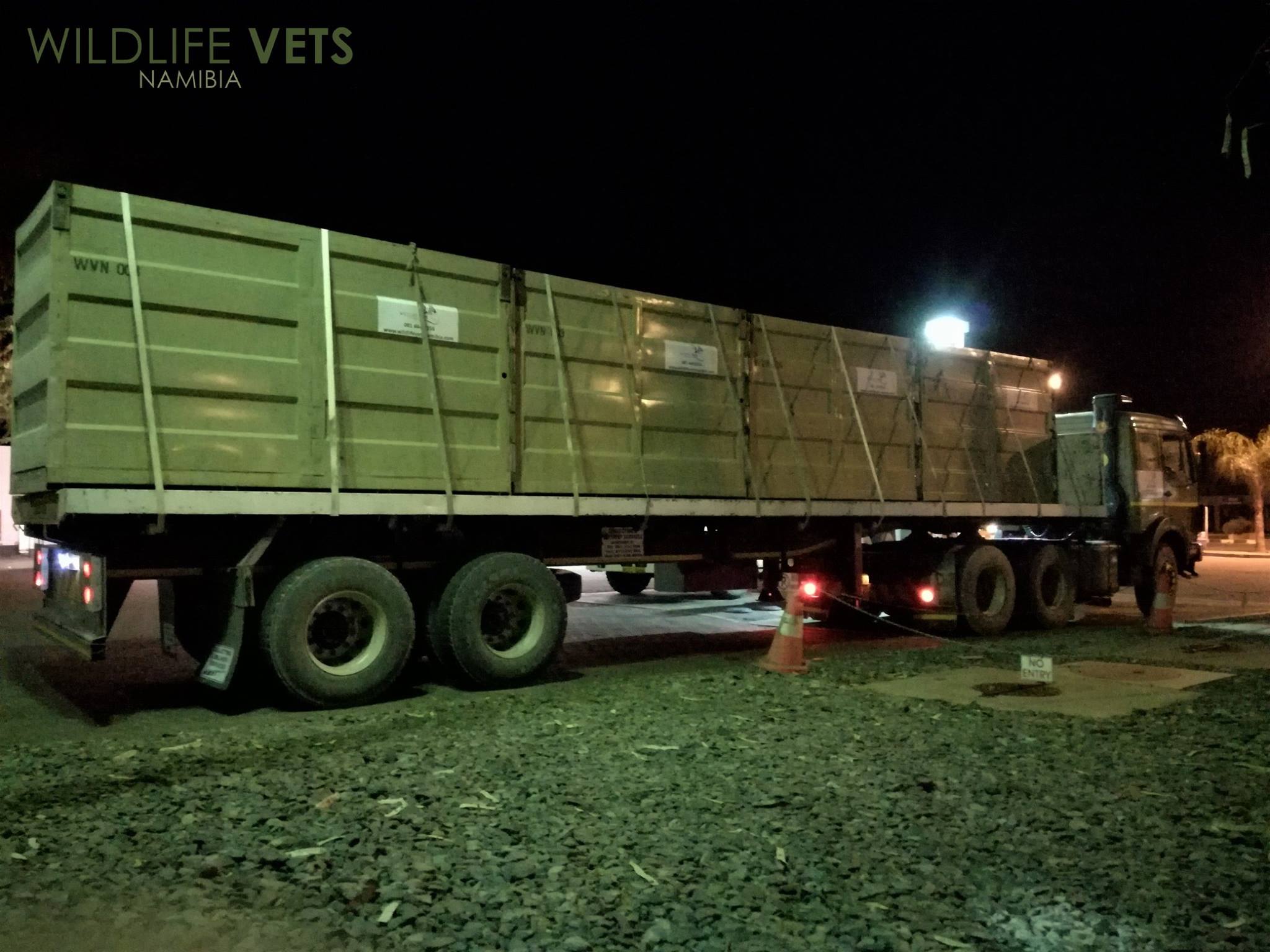 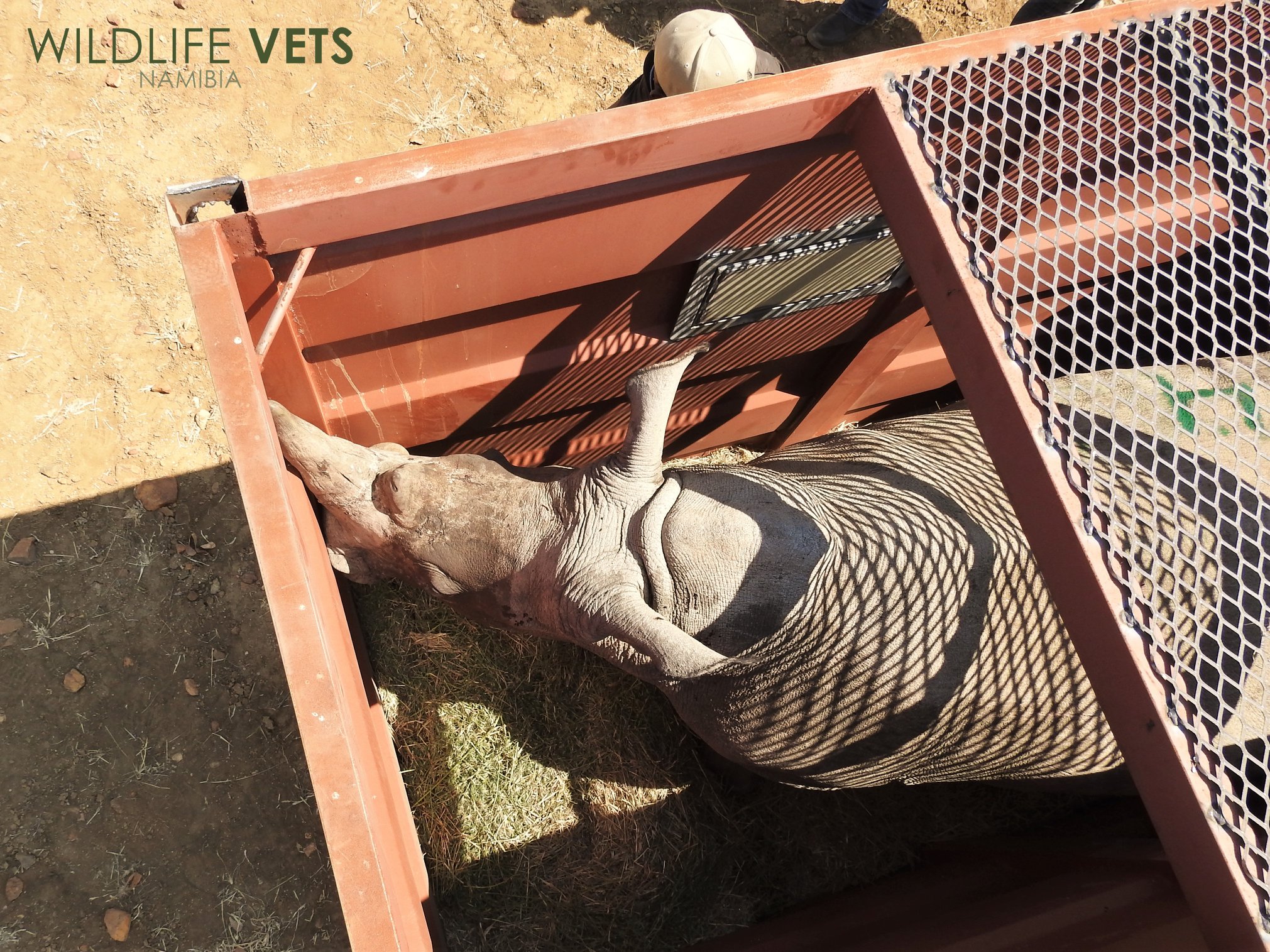 We caught eight rhinos on a Namibian game farm, loaded them into special rhino crates, and loaded them on two flatbed trucks. Lucern and hay were placed into the crates, so the rhinos could eat during their travel. Around 17:00 we drove from the farm to Hosea Kutako International Airport. We drove along with the trucks and checked the rhinos every +/- 2 hours. It is important that the rhinos don’t lay down for too long, as this is bad for their blood circulation in their legs. When they are down too long, we give them a small shock, just to get them up. We arrived late that night at the airport. The rhinos handled the road transport very well!